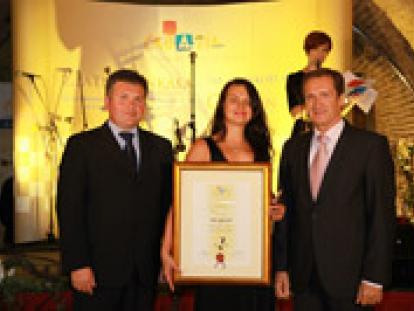 Mrs. Ana Stepanova has been awarded for two texts about Croatia in the specialized magazine Ukranian Tourist Gazette. The awarded journalist is at the same time the chief manager of the magazine, and prior to that she has a scientific career as an assistant in the Psihology and Pedagogics department at the National pedagogics university in Kiev. The journalist described the beauties of Croatia under the title `Memories of the sea, islands and dolphins of Croatia` and `The riches of Croatia`. Both articles were published on two pages of the magazine which is printed in 30 thousand copies.