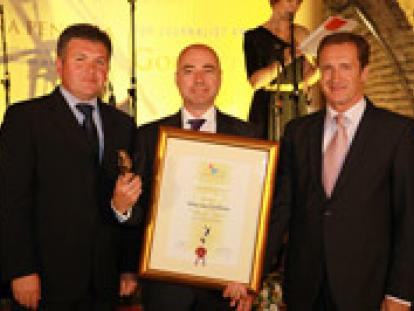 Mr. Petrus van Eijndhoven published an article in the Dutch magazine Joie de Vivre in February 2010, in which he described the circular cruise along the coast and islands of central and southern Dalmatia, from Split to Dubrovnik. They took off from the marina in Kašteli and came across some dolphins on their way to Hvar. To Dutch readers, the town of Hvar was introduced as the Cannes of the Croatian coast, because of the luxury yachts in the ports, its clubs and bars. In the part about Korčula, the history of the city and its famous inhabitants (Petar Kanavelić and Marco Polo) was described. The natural beauties of Mljet were pointed out as well as the magic attraction of the culturally historical pearl Dubrovnik. After he graduated French and literature, in 1989 Petrus van Eijndhoven started collaborating with the weekly magazine De Krant op Zondag as editor, and later in the foreign affairs editorial office, with a special emphasis on former Yugoslavia. Four years later he moved to Uitgeverij Credits, where he was promoted in 2001 to chief editor of the German edition of the magazine Italië Magazine, where he works to this day. It was in 2007 that he took over the main editor position in the magazine Joie de Vivre and a year later became the chief editor of the German edition of the magazine Italië Magazine. During the years of working in journalism he often travelled along the Mediterranean and poured his travel experiences into many reports in numerous magazines.

Mrs. Kim van Dam has been awarded for her article `The pearl of the Adriatic sea`, published in the luxury women`s monthly magazine Nouveau, which covers topics about fashion, beauty, gardening, interior design, art and culture, cookery and travel. The article describes Croatia and Dubrovnik as an excellent lifestyle destination on eight pages. With words and pictures it describes luxury hotels and restaurants, idyllic towns and villages and the beautiful coast and sea. The text begins with a description of Dubrovnik at dawn, when it is the most beautiful. The first sounds of the city`s awakening, the market with a rich fruit, vegetable and local specialities offer. A stroll through the still sleepy city along the shiny stone on the ground, discovering hidden pearls of the Renaissance, carved out from the stone from Brač. Coffee shops and restaurant, oysters, the smell of domestic olive oil and flavours. A boat ride to Mljet where they do not know the meaning of the word `rush` and `stress`. Sightseeing of the Benedict monastery on Veliko lake and Cavtat, with its picturesque streets, restaurants and wine –cellars, fish carpaccio and local wine. Along with all of this, the author describes the wellness treatments on offer in a luxury Dubrovnik hotel. Kim van Damm writes as a freelance journalist for numerous Dutch papers and magazines Algemeen Dagblad, Nouveau, Zin, Esta, Metro, Spits, FietsActief, Viva, Cosmopolitan, Marie Claire, Midi, Intermediair, itd