To show how much we appreciate the value of the professional writing about Croatia to the tourism journalist and their editors, the Croatian National Tourist Board has established the Golden Pen media award in 2004. in two categories, the best printed material and the best radio/TV show. In the 2015. we introduced a new category - for the best blog post.

The award-giving ceremony is a part of a 3-day study trip, organized in a different region in Croatia each year. In the last 18 years, during the Golden pen program, we have hosted over 800 top of the top tourism media representatives from all over the world.

The Croatian National Tourist Board has, for the 18th time, awarded the prestigious "Golden Pen" Award to foreign tourist journalists, bloggers and influencers for the best publications about Croatia as a tourist destination in the past year. The co-organizers and hosts of this year's Awards ceremony were the Tourist Board of Split-Dalmatia County and the Tourist Board of the City of Split, which have prepared a multi-day program of touring destinations, sightseeing and attractions from the county for 17 foreign journalists, bloggers and influencers.

The Award Ceremony was held on May 27th in the astonishing environment of the Meštrović Gallery in Split.

The reason why we named the award Golden Pen (in Croatian – Zlatna Penkala) is quite simple. Croatia is the home of the fountain pen!

According to the Croatian encyclopedic dictionary, pen is the colloquial name for the fountain pen, ball point pen and mechanical graphite pencil. Where did this name come from? From their “father”, one-time inhabitant of Zagreb, engineer Slavoljub Eduard Penkala (1871-1922), one of the most famous inventors in the 20th century.

Penkala’s pencils and fountain pens were exported to over 70 countries in the world and in the time period between 1912 and 1926 it was one of the biggest factories of writing equipment in the world. 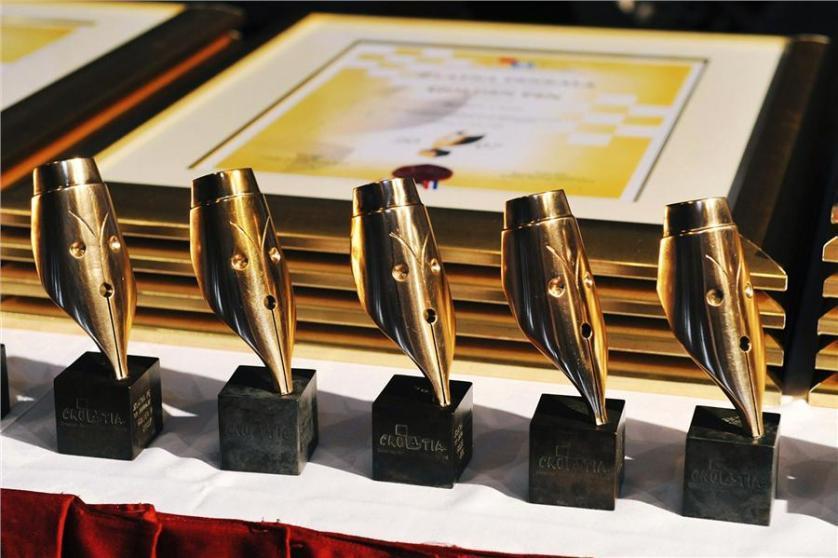