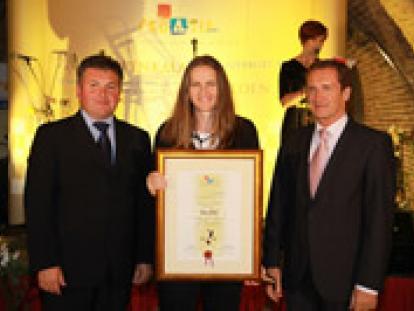 Mrs. Ana Oblak, a lover of tourism journalism and sports, has published in the Slovenian paper Dnevnik, a report entitled `Croatia – autumn 2010` in which she introduces Croatia during the autumn months and encourages readers to visit our country in the off season period. In the report she concentrates on trips to national parks and areas less known to the Slovenian guests as well as Croatian gastronomy values. After graduating at the Faculty of Sport in Ljubljana, Ana Oblak, who has been passionately training volleyball since she was seven, lived in Split for four years, and in the meantime has started to study sport management in Ljubljana while working as a project leader in an agency for sport marketing. Apart from collaborating with Dnevnik, for which she writes articles on tourism, she has worked as a reporter on Šport radio and Infornet, as well as writing for the magazines Šport, Golf Slovenija, Navtika kapital and the internet portal Sport1.