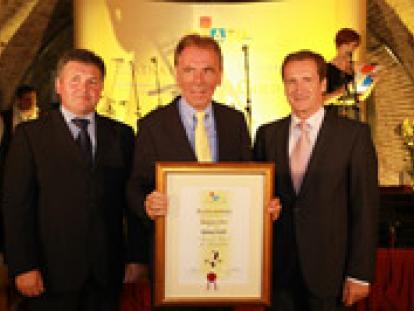 In the awarded article under the title 'Toskana Kroatiens', published in the high-end magazine Holiday&Lifestyle, the author Richard Kerler takes us on a trip around Istria. The author describes the uniqueness of Istria to the readers through all its colours: the blueness of the sea, the white cliffs and truffles, the red and grey of the fertile land and the green colour of the inland – wine and olives. The article is full of epithets about the natural beauty of Istria and the rich cultural-historical heritage as well as the modern tourism infrastructure. The author ends the trip around Istria in Pula with a clear message: Istria has a whole lot more to offer than a holiday at the beach. In the info part, the reader can find a lot of useful information: from recommended accommodation to gastronomy specialities. Mr. Kerler works as a publisher and business manager in the famous German publishing house Burda Verlag, which publishes the high-end magazine Holiday&Lifestyle, as well as numerous other magazines such as Casa Deko, Homes and Gardens, Country Homes etc. In love with Croatia and along with his journalism calling, he still personally writes reports about his travels. 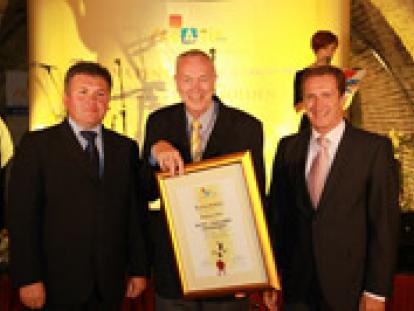 Mr. Jürgen Straßburger was awarded for his 12 page report in the specialized sailing magazine "Boote" in which he is introducing Croatia, more specifically the regions of Istria and Kvarner, as ideal destination for charter sailing. The author of the report takes readers on a trip around marina`s, small ports and hidden bays from Umag to Ilovik. This travel record tells the story of picturesque towns and places, wines and wine cellars, waves and sea gulls.

The journey starts from the marina Punat on the island of Krk, with wine tasting trips of the indigenous Žlahtina to Vrbnik, carries on to Umag, with detailed descriptions of the beautiful bays and ports on the west coast of Istria to Medulin, with a stopover in Brijuni. He then goes onwards to Lošinj, with detailed descriptions of bays and the traditional and new culinary offers. From Rab – which he calls the pearl of Kvarner, he follows the coast back to the starting point of the port in Punat. Combining nature, culture, tradition and the Croatian „lifestyle“ the author strongly recommends Kvarner to anyone who prefers this kind of holiday at sea. Jürgen Straßburger, a political scientist by profession, after national television ZDF and the daily paper Neue Westfälische, begins working in the publishing office of the magazine Boote in 1978. Together with the author and photographer Bod Müllerom he publishes two guides for sailors „Croatian coast 1“ (2010) and „Croatian coast 2“. 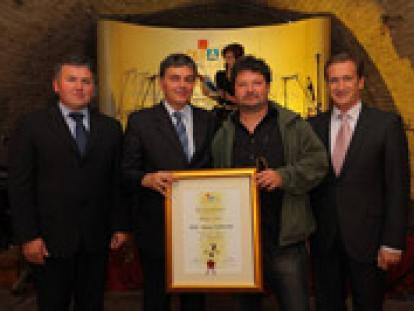 Mr. Thomas Eichberg was awarded for the television report "Kroatien: Tiere und Naturschutz" (Croatia – animal life and environment protection) shown in the program "Auf gute Nachbarschaft" , in which viewers of the regional stations first channel of the German television MDR, get the chance to discover more about certain destinations around the world. Introducing Croatia, the reporter starts of from Brijuni and heads towards Lošinja and Vis, bringing a story of these two islands through a dolphin and underwater protection project. The last stop in the report is Lonjsko polje, a unique natural phenomena, as well as the village Čigoč, the European village of storks. The main point of the report is the protection of these unique areas, landscapes and animal species, by which Croatia is, among other things, unique in Europe. A film director and cameraman, Thomas Eichberg studied at one of the most famous schools for film production HFF (Hochschule für Film und Fernsehen) in Potsdam-Babelsberg and has worked on numerous reports for the TV stations ZDF, ARTE, ARD since 1996.

As part of the radio show 'Sonntagsspaziergang', listeners of the Deutschlandfunk Rundfunkta radio station were able to enjoy the sounds of Zadar on the 3. January 2010. The reporter Marilyn Veber was awarded for her travels along the streets of Zadar, accompanied by the live sounds of the city bustle, interviews with passers by, a story about the culturally-historical heritage of Zadar, and of course, the unique sound of the sea organ. The reporter also brings an interesting story with the architect of the organ and the monument to the sun, Nikola Bašić. The report on Zadar was also aired in its shorter version on the WDR5 station, with a special report on the National Park Paklenica.
The reporter Marilyn Veber studied musical therapy in Berlin, where she ha been working as a radio reporter for numerous stations such as Deutschlandradio Kultur and RBB. She is the author of many reports about musical instruments of various countries as well as other interesting cultural programs.