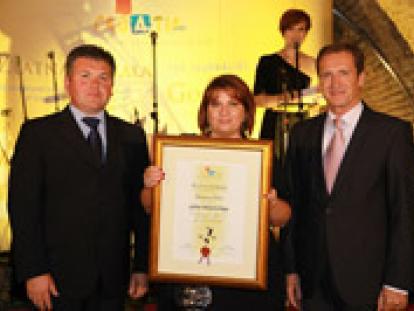 The cheif editor of the Russian magazine Voyage Mihailovskaja, Galina Nikolaevna, has published in her magazine during last year, two articles about Croatia. The first, in the April and May edition, speaks about the natural beauties of Croatian islands on nine pages. The second text entitled `Gastronomy of sea food of Croatia`, was published in Voyage for July and August on seven pages. Before she became the chief editor of Voyage Mihailovskaja, Galina Nikolaevna worked as a journalist in the magazines Tourbusiness and Turizam and she gained her education at the international Moscow school of management.