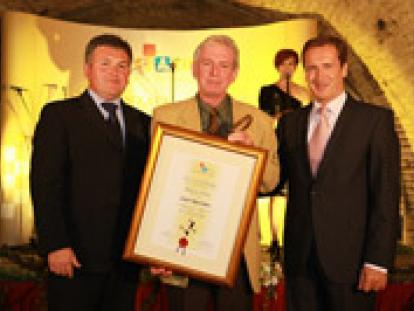 Freelance reporter Louis Meersmans is a great friend and fan of Croatia and has already won a `Zlatna penkala` in 2007. for his report about the island of Cres. As he always wants to emphasize the connection between landscape, nature and ancient European cultures, last year he published an interesting report about Split in which he states all its similarities to Rome, in the Flemish magazine for travel and leisure `Pasar`. The article is so alive that the reader gets a feeling that they are listening to a local guide in the middle of the Peristil, or that they will encounter Dioklecijan himself, strolling through his palace. He carries on the story about Split with the ruins of the former Roman Salona. Little Rome, as it was once called because of its former population of 60 000, is described as one of the most important archeological open air sites from that period. In the article he mentions the world famous island of Hvar, with its amazing vineyards and lavender fields and also the island of Brač, with its white stone and `golden beaches`, which will probably not remain our `sweet secret` for long. Louis is the author of numerous guides specialized for walks in nature, walking and hiking, while his favourite topics are the earth as a dynamic and alive matter, geology and geomorphology.

Mrs. Annelies Vanoppen has been awarded for a report published in the leading Belgian montly magazine for leisure time, tourism, gastronomy and car travel "Uit Magazine". While preparing her report, the author travelled three times along the Adriatic coast and Croatia, without an itinerary as to get to know the country and the local population better. The excellent connection of beautiful photographs and simple text of the article, it is illustrated with beautiful Croatian motifs, and in an honest and touching way describes a real vacation without unnecessary superlatives.