At the very beginning of the 20th century, thanks to the inventor engineer Slavoljub Penkala, the fountain pen and ball point pen – revolutionary inventions and symbols of the journalist profession, ventured into the world from Zagreb, Croatia and took it by storm. Now in the same way an award for foreign tourism journalists writing about Croatia, ZLATNA PENKALA, heads into the world.

The return of Croatian tourism would not have been possible without the important contribution by, among others, foreign tourism journalists. They, together with their editorial staff, need to be acknowledged for pointing out the value of the Croatian tourist offer and for presenting it to their readers, viewers and listeners through the media in which they work.

With the desire to emphasise the value of the professional approach given to writing about Croatia and to show how much it is appreciated, the Croatian tourist board has established the award “Zlatna penkala” for the best texts or radio and TV reports about Croatian tourism and later also for the best blog post. Even though there will only be three award winners among the journalists who  will receive the award  Golden Pen Grand Prix while all others nominated will receive as a sign of gratitude - a special plaque. However all nominated journalists  are included in a prize study trip. 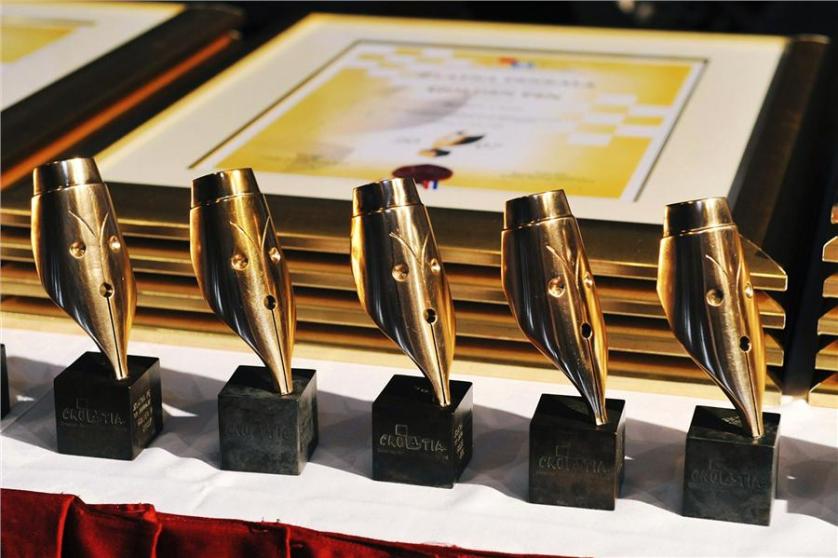 The reason for the choice of the pen is simple and also an added acknowledgement for journalists. Croatia is the home of the fountain pen! According to the Croatian encyclopaedic dictionary, pen is the colloquial name for the fountain pen, ball point pen and mechanical graphite pencil. Where did this name come from? For their “father”, one time inhabitant of Zagreb, engineer Slavoljub Eduard Penkala (born in 1871 and died in 1922), one of the most famous inventors in the 20th century. Among eighty or so inventions in the areas of mechanics, chemistry, physics and aeronautics is also the invention of the first mechanical pencil and fountain pen. The first mechanical pencil in the world was patented by engineer Penkala on the 24th of January 1906 and the first fountain pen in the world with solid-ink, on the 31st of May 1907. The invention were patented in more than 35 countries in the world and manufacturing of the fountain pen and ball point pen in the Zagreb based factory grew. In the year 1906 the cooperation between engineer Slavoljub Penkala and Edmund Moster began, resulting in the “Penkala-Moster” company and in 1911 the creation of the joint stock company “Penkala – Edmund Moster” and construction of a new factory with a significantly larger capacity in the Zagreb street Branimirova. At the same time another member of the Moster family using joint capital opened a factory in Germany. Penkala’s pencils and fountain pens at this time were exported to over 70 countries in the world and in the time period between 1912 and 1926 it was one of the biggest factories of writing equipment in the world. And so at the beginning of the 20th century these revolutionary inventions and symbols of the journalist profession ventured into the world from Zagreb, Croatia and took it by storm.