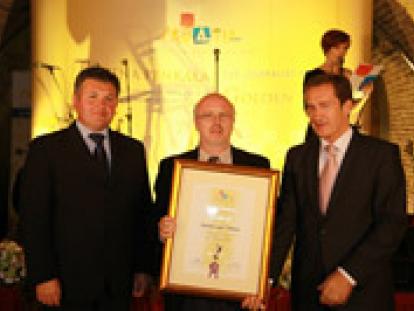 Mr. Antonio Castel Tremosa is a doctor of communication and a graduated historian. He works as a professor of journalism on the faculty of communication sciences at the University of Barcelona; at the same time as assistant director of the Master communication of social movement and conflict. Among other things he is the author of the piece `Bad news from Africa` (Barcelona 2008) `Imaginar Africa` (Madrid 2009). In journalism he is the standard correspondent of numerous media: El Pais, El Periódico, Avui, Altaïr. "Altair", which comes out every two months, published a monographic edition about Croatia on 137 pages, under the name `Croatia, young and thousands of years old` in July 2010. The monographic edition about Croatia covers, in a nice way, the main cultural and natural attractions of Croatia, supplemented by quality photographs, wide articles and interesting information.

Mr Albert Padrolm, the co-founder of the magazine "Altair", which has in July of 2010 publishes an edition about Croatia on 137 pages, under the title `Croatia, young, and thousands of years old`. This edition about Croatia covers, in a nice way, the main cultural and natural attractions of Croatia, accompanied with quality photographs, descriptive articles and interesting information. The photographer and mountaineer Albert Padrol, a historian and anthropologist by profession, together with Pepe Bernadas, founded the bookstore Altair in 1979, which subsequently began publishing the travel magazine of the same name.

Mr. Alberto Arizkorreta Gurutzeaga is the author of the TV program "Chiloe", which have been dedicated to Croatia twice in 2010. The first 45 minute report was filmed in Zagreb, Zadar and Plitvice Lakes, and the second in Šibenik, Trogir, Split and Dubrovnik. These shows are dedicated to tourist destinations with a strong emphasis on natural and cultural heritage, which show viewers, through a fun travel prism, different aspects of countries and cities, including gastronomy, local produce and contact with people. Every show about Croatia was aired three times in Spanish and Basque from June 2010. It is estimated that they were seen by 180 thousand viewers in Basque and around 350 thousand in Spanish. The shows were, apart from this, aired in Mexico and Argentina, as well as the Basque international TV channel (in Spanish), which is followed by around eight million homes.

Alberto Arizkorreta Gurutzeaga has spent his whole professional career on Basque public television. He often participates in expert jury panels at film festivals, and works as a lecturer at the faculty. He also collaborates with radio stations, magazines and internet portals.