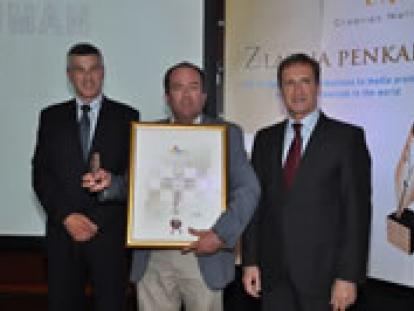 Mr. Hans Bouman is awarded for an article presenting the Kvarner Islands of Krk, Cres and Lošinj featured in the tourist magazine Reiz & Magazine, which is published 11 times a year, with a circulation of nearly 50 thousand copies. The tour of Kvarner Islands began for Hans Bouman on the island of Krk, where he met foreign tourists, stopped in Vrbnik, Punat and the islet of Košljun, and described the nature of the island which has more plant varieties than the whole of Great Britain. The writer arrived to Lošinj via Cres, visited its towns, and described the research center for the protection of dolphins. Whilst on Cres he visited the largest volunteer center in Europe for the protection of griffon vultures.