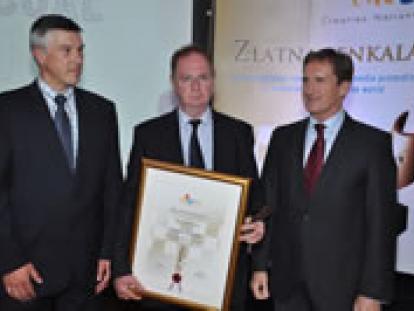 Mr. Carlos Pascual was awarded for his report on Dubrovnik, published in the monthly magazine Viajes National Geographic in January 2011. The article entitled ‘Joya de la costa Dalmata – Dubrovnik’ ( The Jewel of the Dalmatian Coast – Dubrovnik) talks about the history of the city, its attractions and cultural and historical heritage, and presents it as a unique jewel of the Dalmatian coast which cannot be missed when visiting Croatia. The portrayal of the city itself is beautiful and there is a detailed description of its sights. Freelance journalist Carlos Pascual graduated in philosophy and art history, led the editorial team for over ten years (1970-1982), wrote about ten books and published numerous articles in newspapers and magazines. He regularly collaborates with magazines and newspapers like El País, Viajar, Viajes de National Geographic, and occasionally with Condé Nast, Lonely Planet, Ronda Iberia and others. He has won several journalism awards. In 1983 he visited Croatia for the first time and has since then returned many times as a big fan of our music, culture and landscapes. He speaks six languages and is a lover of opera, photography and animals. 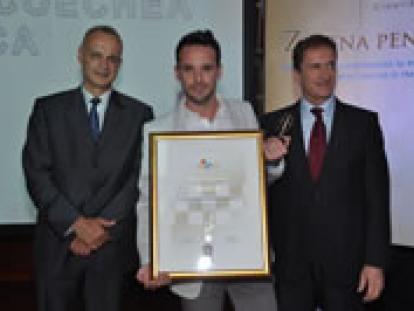 Mr. Lucas Goicoechea Lamarca, editor of TV program Callejeros Viajero, was awarded for the broadcast of the travelogue documentary about the beaches in Croatia, aired in August last year on the national TV channel LA CUATRO.  The full 60 minutes of Callejeros Viajeros was dedicated to Croatian beaches. Each show is dedicated to one country, region or town, with a strong emphasis on integrating with the local population, which enables the viewers to experience different aspects of countries and cities through a fun travelogue prism. The program has been broadcast regularly for three years and has presented over 160 episodes about the whole world. Lucas Goikoetxea (30) was born in Vitoria (Basque Country), graduated in audio-visual communications at the University of Basque Country and achieved a master’s degree in audiovisual journalism. He has worked as a presenter and editor on radio and television channels in the Basque Country, and since 2004, as an editor of television and radio news programs in Madrid.  In 2008 he joined the production of Mornings on TV channel Cuatro, and has also been working as a journalist for the production company Molinos de Papel for the last two years. He has worked on a seasonal summer program Ola Ola, and currently reports for the programs Callejeros and Callejeros Viajeros that are broadcast weekly on channel Cuatro.