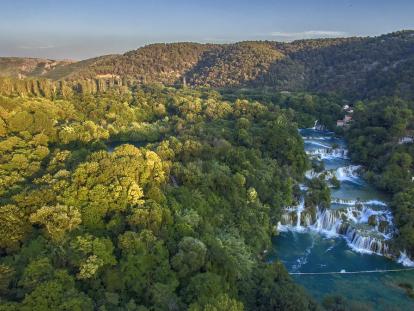 The Croatian National Tourist Board and the Parks of Croatia have created a marketing campaign at the beginning of April this year, with the aim of additional positioning of parks as one of the motives of visiting Croatian destinations during the pre-season. The campaign was conducted through YouTube channel on a total of 22 markets, among which are distant markets such as the United States, the United Arab Emirates, South Korea, Saudi Arabia and Qatar, and the promotional video has achieved a total of 9.5 million views and nearly 40 million impressions. Moreover, the campaign was conducted also through social media such as Facebook and Instagram, where the promotional video through organic posts (non-sponsored posts) achieved more than a million views, which represents an excellent result.

We remind that the campaign is conducted on the domestic market also on TV channels, so a large number of people and potential tourists are now familiar with the richness of flora and fauna in Croatia, as well as activities they can enjoy in while visiting Croatian destinations during the spring. The positive effects of this campaign are evident also through the increased number of visitors in national parks and nature parks, which were a frequent choice for domestic and foreign tourists during this spring. The foregoing was confirmed by research regularly conducted by the Croatian National Tourist Board, according to which the rich and well preserved natural heritage is one of the most common segments according to which foreign tourists perceive Croatia and Croatian destinations. This fact can be one of the key generators for boosting tourist traffic, that is the extension of the tourist season. All language versions of this promotional video are available through the official YouTube channel of the Croatian National Tourist Board on this link.