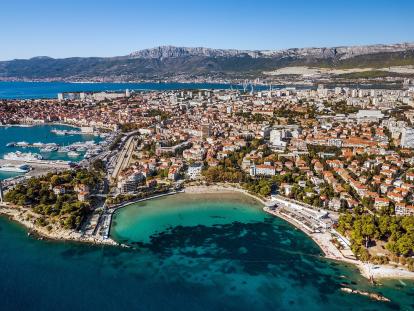 According to the Croatian Aviation portal, Eurowings has decided to launch certain international lines from German cities to Croatian destinations, making it the first airline to announce lines after a long break caused by the corona virus pandemic.

In the coming period the Cologne -Zagreb line will be reduced to one weekly departure, and from June 20th the Cologne-Zadar line is introduced, which will operate once a week on Saturdays.

Hamburg will be connected to Split twice a week, Tuesdays and Sundays, and from June 20 the lines Düsseldorf – Split, Düsseldorf – Rijeka and Düsseldorf - Pula are introduced to operate once a week and on Saturdays.

It is noted that Eurowings will certainly monitor the epidemiological situation and border regulations of individual countries and respond in a timely manner when introducing lines. Croatia is one of the most important destinations of this low-budget airline and there is no doubt that in the coming months, Eurowings will return to Croatian airports on an even larger scale. The airline can also cancel flights if demand is not satisfactory, but with the measures being eased, the number of passengers on reintroduced flights is expected to be satisfactory for the airline.