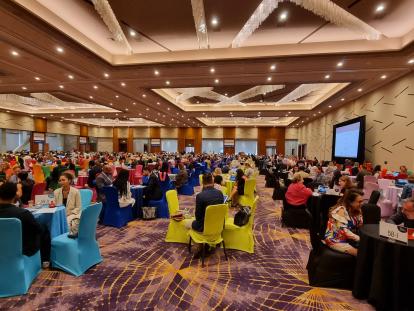 The CNTB Representative office in the USA and Dubrovnik Tourist Board are participating and presenting the overall Croatian tourist offer and the offer of the city of Dubrovnik at Virtuoso Travel Week, one of the most prominent tourist events in North America, from August 13th to 19th , gathering representatives of the most influential tourism entities specialized in luxury and experiential travel, said the Director of the CNTB Representative Office in the USA, Leila Krešić-Jurić. The meetings were also attended by the head of the CNTB Los Angeles office, Iva Bahunek.

„ At the mention of Croatia, the impressions are extremely positive, the impressions of the agents and their clients are excellent, and we can rightly expect further growth in the number of arrivals and in the average days of stay in our country. They primarily associate Croatia with Dubrovnik, Split and Hvar, but Istria is increasingly sought after as a "new" destination“, said Leila Krešić-Jurić.

Virtuoso is one of the leading international networks of travel agencies specialized in luxury travel and experiences, with over 20,000 agents and travel advisors, based in Texas, and CNTB has been a Virtuoso Preferred Partner for several years, which enables Croatia to be presented to the most demanding American travellers. This year's live edition brought together 4,300 tourism professionals from all over the world and almost 1,000 online followers. The largest number of agents arrived from the USA, and there were also numerous agents from Latin America, Canada and Australia.

In addition to CNTB and Dubrovnik Tourist Board, Croatia was also presented by other Virtuoso members, such as the Maistra hotel group, the Villa Dubrovnik hotel, the Calvados tourist agency, and Zagreb Tourist Board. 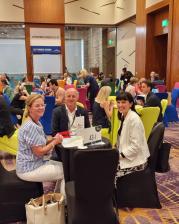