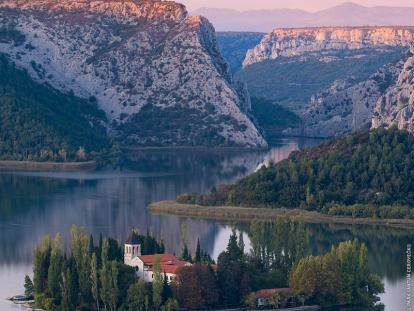 The Croatian National Tourist Board social media campaign “Croatia Full of New Beginnings” carried out across 15 markets with the aim of maintaining the visibility and presence of Croatia as a tourist destination, achieved excellent promotional results in just one month, achieving over 30 million impressions while the number of user interactions with ads has climbed to more than 2 million.

The campaign was conducted on Facebook, Instagram, Twitter, Pinterest and TikTok and across the markets of Austria, Germany, Great Britain, Italy, Hungary, Poland, the Czech Republic, Slovakia, the Netherlands, France, Slovenia, Sweden, Norway, Belgium and Switzerland.

“The results of this social media campaign confirm that our numerous followers are very eager for new trips and visits to Croatia. At the moment, it is crucial to maintain Croatia's visibility in foreign markets, but also a favorable epidemiological situation so that our country stays perceived as a safe tourist destination this year”, said the Director of the Croatian National Tourist Board Kristjan Staničić, adding that with this in mind, the implementation of a separate promotional campaign „Safe stay in Croatia“ will start across nine markets soon, while the main call-to-action campaigns will be conducted during the spring depending on the epidemiological situation on each market.

Great interest within the campaign was generated by posts related to nature parks Papuk, Kopački rit, Medvednica and Žumberak, as well as posts about Croatian castles, manors and summer houses. Posts about wine roads and the Croatian gastronomic offer were also well-received, as well as posts calling followers to discover the rich offer of Slavonia and Baranja.

The promotion of Croatia through lesser-known destinations and localities was one of the goals of the campaign, within which short and interesting stories were communicated through attractive photographs, i.e. suggestions on how to spend a vacation in Croatia with an emphasis on products such as eno-gastronomy, nature, culture, active vacations and more. 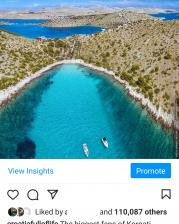 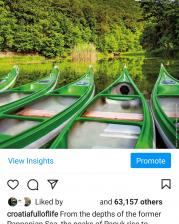