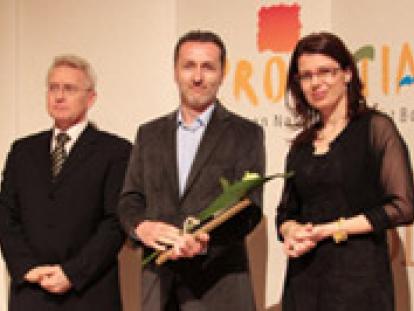 Béla Lendvai is a famous Hungarian journalist and a correspondent for the MTI agency. He is in tune with everything that might be interesting or useful to Hungarian readers, those who have been in Croatia, as well as those who are still to visit. He was nominated for the Golden Pen for his outstanding contribution to the promotion of Croatian tourism over the past year. Mr. Lendvai wrote 82 articles on topics related to travelling to Croatia. Bela Lendvai also published a book entitled "Adriakék, tengerzöld" ("Adriatic blue, the green of the sea") with a web page www.adriakek.hu. The book has long been on the most wanted list in Hungary, and it is also on Facebook.