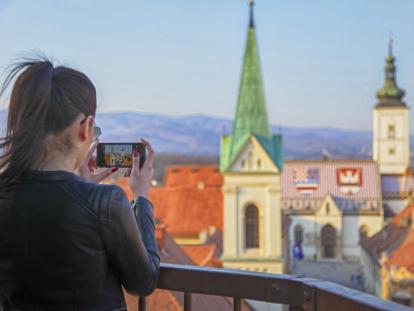 This year's, third annual, "Destination Competitive Index 2020", includes a total of 101 cities and more than 87 international association gatherings (according to the ICCA report) over the period from 2017 to 2019. Similar as last year, 60 percent of the destinations listed are European cities, 60 of the 101 cities are European cities, of which 45 are from Western and 15 from Eastern Europe. This points to the fact that Europe still dominates the world congress scene in terms of association gatherings. Paris ranked first on world scale of competitiveness of congress destinations this year, followed by Singapore and New York.

Most cities in Western Europe maintained a similar position in the rankings as last year, with the difference being that two cities from this region have been added: Sofia and Dubrovnik. With Zagreb included in the index for the third year in a row, this year Croatia is the only European country that has two cities on this prestigious list of 101 best congress destinations in the world. Dubrovnik entered the rankings with a total of 346.7 points and is in 97th place. On this year's list, Zagreb jumped from 95th to 94th place in the world with a total of 362.9 points.

Zagreb is ranked first in terms of cleanly tourist accommodation according to Airbnb and Booking.com

According to a recent survey of European capitals with the cleanest accommodation, Zagreb ranks first according to users of the most popular accommodation booking platforms Airbnb and Booking.com. Some of the guest reviews describe their stay in the Croatian capital as “sparkling clean” and “immaculately clean”.

Namely, given that, with the onset of the pandemic, the requirements for travel hygiene have further increased, a survey was conducted according to the ratings of users of accommodation booking platforms: Airbnb, Booking.com and Tripadvisor. The survey was published by the British portal ShowersToYou.co.uk, and is based on the average ratings of the cleanliness of accommodation in popular European capitals. In the overall ranking of the 20 cleanest destinations in Europe, Zagreb took a high 3rd place with an average of 4,740, ahead is Lisbon with an average rating of 4,792, while in second place is Prague with almost identical rating as Zagreb, i.e. an average of 4,741.