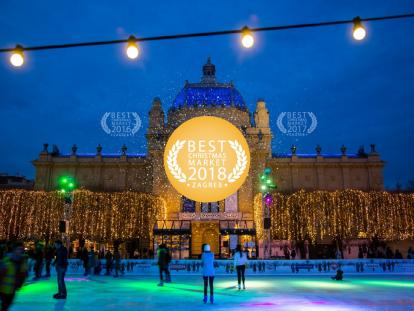 According to the voters’ choice of the European Best Destinations web site, Zagreb was named the best destination for the Christmas holidays in Europe for the third year running. The Croatian capital defended the title competing against 20 cities, making it the only city crowned with the best Christmas destination recognition for three consecutive years. There were 200.596 votes from 131 countries, and Zagreb won by achieving stellar 38.380 votes. The Second-running town of Colmar received 23.625 votes in total, while Vienna earnt the third position with 16.354 votes.

European Best Destinations (EBD) is headquartered in Brussels. Its goal is to promote culture and tourism in Europe. In cooperation with tourist boards and the EDEN association, it promotes greater understanding of the richness, diversity and quality of European destinations at the European and global level. The web site has more than 4.2 million visitors and thousands of followers on various social media.