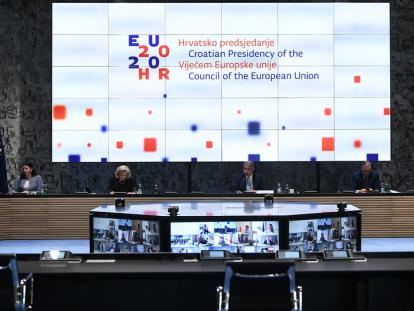 Today, as part of the program of the Croatian Presidency of the Council of the European Union, a videoconference of the ministers of the EU Member States in charge of the tourism sector, chaired by Minister Gari Cappelli, was held. Issues related to the COVID-19 pandemic and its implications for the tourism sector were discussed at the conference.

Ministers and senior officials from all EU Member States and European Commissioner for Internal Market Thierry Breton participated in the video conference. At the invitation of the Croatian Presidency, Secretary General of the World Tourism Organization (UNWTO) Zurab Pololikashvili presented UNWTO initiatives on to activate tourism. Representing the Croatian National Tourist Board, the CNTB Director Kristjan Stanicic participated in the video conference.

"The tourism sector has experienced a sharp and steep decline in demand due to the outbreak of the corona virus pandemic. Our mission is to be, as members of the European Union and as part of the number one tourist region in the world, a leader in the recovery of tourism, which as a broad-based activity that directly affects the recovery of the entire economy. Tourism represents 10% of the EU's GDP and employs a total of almost 12% of employees in the European Union. In addition, tourism is the fourth export category of the EU, with consumption generating more than 400 billion EUR in revenue. For all these reasons, it is important to encourage the creation of common solutions to the crisis of the tourism sector caused by the corona virus pandemic, but also to create programs and plans to counter similar threats in the future. For this reason, I am particularly pleased that the meeting of the members of the European Council last week agreed on establishing a Recovery Fund that will target the hardest hit sectors and geographical regions of Europe, and I believe that we are all aware that tourism definitely belongs to the highest category of affected industry sectors in this crisis, "said Croatian Tourism Minister Gari Cappelli.

In his opening address, Minister Cappelli pointed out that so far, that is, before the arrival of the corona virus, more than three-quarters of trips outside the EU were made by EU Member States to other EU Member States, or about 94 percent of total overnight stays were made within EU countries, including domestic tourist traffic. He also referred to the initiative to open tourist corridors between countries, emphasizing the importance of involving epidemiologists in the overall process of agreeing on the possible opening of borders and facilitating tourism movements, who will participate in the creation of health security criteria and measures for tourists when traveling. In doing so, he also stressed that a favourable and similar epidemiological picture of the associated countries is necessary for the said initiative, as well as agreement on the overall process adapted to the current situation with the corona virus. Minister Cappelli also noted that just before today's conference, he had received a Declaration of Common Position from the EU tourism ministers from many Member States, which called for stronger support for tourism in the EU Recovery Plan and stressed the importance of establishing homogeneous rules for all forms of travel.

The video conference highlighted that, in many EU countries, tourism contributes not only to their GDP, but also affects many sectors involved in its value chain, providing much needed revenue to local communities and individuals. In Croatia, for example, tourism generated almost 17 percent of GDP, while in other Member States this percentage ranged from 2.6 percent in the Slovak Republic to 20.6 percent in Greece.

Ministers outlined the various measures that Member States are taking to mitigate the impact of the pandemic on the tourism sector and other related sectors. In addition, many Governments are introducing tourism-specific measures to address the sector's immediate impact and to facilitate recovery. Representatives of the Member States agreed that more could be done in a more coordinated way and that support for tourism should be one of the top priorities of the European Economic Recovery Plan.

In addition, ministers stressed the importance of finding and harmonizing solutions to the package deal, including vouchers, and agreed that there was a need to collect information on measures taken to tackle the crisis and to share best practices within the EU.

Commissioner Breton stressed that emergency measures and resources made available by the European Commission should support Member States' efforts to maintain stability in the short and medium term. He called on Member States to take full advantage of them and to provide the opportunities they offer to workers who are most affected by the current situation.

"We will need extraordinary resources to overcome this crisis. We need a 'new Marshall plan' with a strong budget. 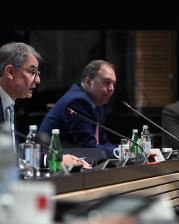 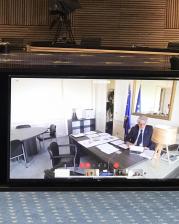