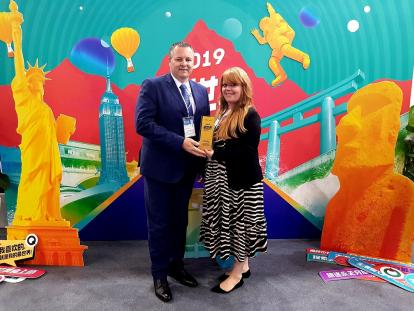 The Croatian National Tourist Board is presenting the Croatian tourism offer at this year’s ITB China business fair, which takes place in Shanghai from 15 to 17 May 2019. The Croatian tourism offer is part of the large European Travel Committee (ETC) stand, where 23 other European operators are presenting their offer, including Rijeka 2020 ECoC and the City of Zagreb Tourist Board. The Director of the CNTB, Kristjan Staničić, visited the fair and met with representatives of the Chinese tourism sector, and he accepted the awards on behalf of Croatian tourism.

“Being part of the ITB China fair is of great significance especially since this year has been declared as the Year of Culture and Tourism in Croatia and China. For this reason, we organized together a special presentation of the city of Rijeka as the European Capital of Culture in 2020 because cultural tourism is one of the most sought-after products on the big Chinese market. We are extremely pleased with the fact that our key partners keep reporting back about the fact that the interest for Croatian destinations is steadily growing, proven by the tourism turnover achieved from the Chinese market in the previous year, which is up by about 60 percent in comparison to the same period last year, said Director Staničić, thanking all Croatian tourism workers for winning these prestigious awards for Croatian tourism.

As part of the fair the "IT'S MY WORLD Travel Awards 2019" award ceremony was held, and Croatia won the "Amazing Travel Experiences of the Year" award for the "Game of Thrones" filming tour in Dubrovnik. An award handed out by ITB China and the specialized Qyer tourist portal aimed at Chinese tourists. Qyer has positioned itself as an extremely popular Chinese and worldwide platform which offers travel services to over 100 million people around the world.

The CNTB Representative Office in Shanghai took part in the ETOA workshop held before the ITB, where the Office’s director Franka Gulin met with over 25 tour operators and the Chinese media. "The first impressions from the workshops are great, we were definitely among the most sought-after tourist destinations of the workshop, and everyone is interested in longer tours and extending their overnight stays in Croatia. The fact that some of the most relevant Chinese public opinion influencers have chosen us to receive the Best Travel Experience award speaks volumes about the importance of Croatia as one of the fastest growing markets for Chinese tourists. Receiving this award gives us great pleasure also because it shows that Croatia is becoming a popular destination among young Chinese tourists, which is certainly a departure from the classic type of tourist who visits us and is in line with our strategy for this market", Gulin stressed.

As part of the ITB China fair, the "CTW Chinese Welcome Award" award ceremony was held, organised since 2004 by COTRI - China Outbound Tourism Research Institute. The Croatian National Tourist Board, together with the Slovenian Tourist Organization, won the prestigious CTW Award for the project "Experience Croatia, Feel Slovenia" in the category "Internet & Media". The Prizes are awarded for the 16th time in a total of five categories: Product Innovation, Internet / Media, Quality of Services, Marketing, Overall Performance.
COTRI will promote the winners through its own communication channels and social networks, and this year marked a record number of candidacies, i.e. 67 of them. COTRI is one of the leading independent research institutes in the world for consulting, research, information, training and quality assessment related to the Chinese outbound tourism market.

The Croatian delegation also met with representatives of the Chinese platform Mafengwo, which is a combination of Facebook and Trip Advisor, and with the representatives of Travel Link agency, one of the top marketing agencies in tourism. The possibility of potential cooperation was discussed with representatives of Tongcheng-Elong agency, the third largest online agency in China, as well as with representatives of the media buying agency Hy Link, the first Chinese independent agency which among its many clients holds the US tourist brand as well.
The fair was attended by the Mayor of Rijeka Vojko Obersnel, City Council President Andrej Poropat, Director of the Rijeka Tourist Board Petar Škarpa and the Adviser at the Embassy of the Republic of Croatia in PRC, Bisera Fabrio.

In addition, as part of the large ETC stand, non-profit organizations focused on promoting Europe as a tourist destination in third markets, along with Croatia's tourist offer, also present offers from countries such as Belgium, Switzerland, Ireland, Slovakia, Estonia, Bulgaria and others. ITB China is a business fair focused exclusively on the Chinese market which this year will bring together representatives of international destinations, service providers and technical solutions with the largest Chinese tourist operators and customers, more than 850 of them this year. 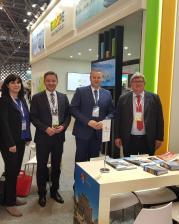 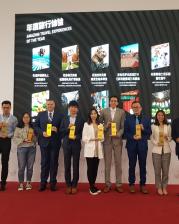 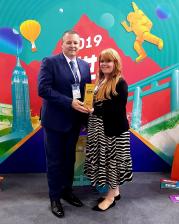 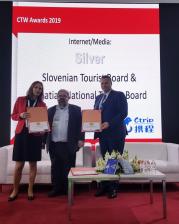 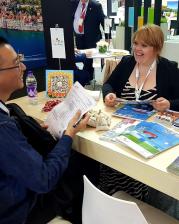