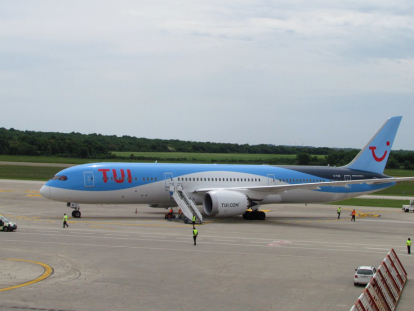 According to the Croatian Aviation portal, the British subsidiary of TUI has confirmed important news. From the beginning of August, after a break of almost two years, the planes of this touroperator are returning to Croatian airports.

After this well-known British touroperator gave up regular operations to Croatia in the summer of 2020 due to the impact of the global pandemic, the company returns in early August with regular flights from the UK to three Croatian airports - Dubrovnik, Split and Pula.

Capacity is not the same as it was in the summer of 2019, TUI UK will operate on 6 routes to Croatia from the beginning of August with a total of 9 weekly flights.
B737-800 aircraft with a capacity of 189 seats will operate on all routes to Croatia, and the company is still planning wide-body aircraft (B787 Dreamliner) on the routes to Pula Airport from the middle of next month. Changes are of course possible, and will depend primarily on the booking and the availability of hotel facilities in Istria.