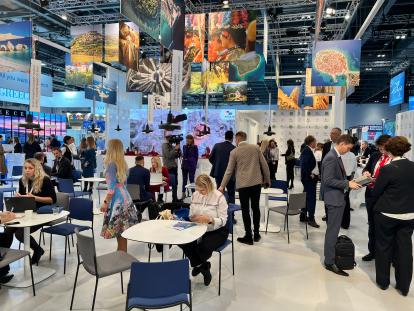 This year, the Croatian National Tourist Board is again presenting the Croatian tourist offer at the World Travel Market (WTM), one of the world's largest tourist fairs, which takes place in London from November 7 to 9. The Croatian tourist delegation led by the Minister of Tourism and Sports Nikolina Brnjac and the Director of CNTB Kristjan Staničić was also present at the fair, and already during the first day of the fair they met with representatives of important partners such as easyJet, Jet2.com & Jet2Holidays, SAGA, G2 and Expedia Group, and a meeting was also held with representatives of the British Association of Travel Agencies (ABTA).

"When we talk about the tourism sector on a global level, the WTM fair in London is one of the most important places where tourism supply and demand meet. Therefore, the presence of Croatia at this fair is very important, especially in the context of intensive preparations for the upcoming 2023 tourist year, which are in full swing. Feedback from partners are positive, they are very satisfied with the achieved results when it comes to packages and offers to Croatian destinations, and they believe in the continuation of the positive trend and further recovery during the next year. In this context, the expansion of package arrangements, as well as the introduction of new ones and the further strengthening of existing airlines, which play a key role in the realization of tourist traffic from the British market, have been announced", said director Staničić.

The possibilities of cooperation in the promotion of Croatia and the implementation of joint projects were discussed with representatives of leading tourism platforms and media, such as Travel Zoo, Euronews and National Geographic.

"Croatia is presented at the leading tourist fair WTM London as a year-round and authentic tourist destination with a diverse cultural, natural and gastronomic heritage. It is part of the activities we are preparing for the tourist year 2023. The British market is one of our important broadcast markets, from which we have so far generated almost 3.7 million overnight stays. The return of airlines certainly contributed to such good tourist numbers, as well as the fact that Croatia continues to rank as a safe and pleasant holiday destination for the British. According to the latest research by the European Travel Commission, at least 70 percent of Britons are interested in traveling in the next six months, 55 percent want to travel to one of the European countries, which opens up an additional opportunity for Croatia, which is sixth on the list of TOP 10 countries for traveling by Europeans", said Minister Brnjac.

Let us add that in Croatia, according to the data of the eVisitor system, in the current part of 2022, around 725 thousand arrivals and almost 3.7 million overnights have been achieved from the British market, which compared to the same period last year represents a growth of more than 200 percent, while the for the same period in 2019, it represents 80 percent of the results. At the same time, the British spent the most nights in the Dubrovnik-Neretva and Split-Dalmatia counties, while the most popular destinations are Dubrovnik, Split, Konavle, Župa Dubrovnik, Rovinj and Hvar.

In order to get the most out of it and make a quality performance, the Croatian tourist offer is presented as part of an attractively arranged promotional stand. In addition to the Croatian National Tourist Board, which is the main exhibitor and organizer, 16 co-exhibitors present their offer as part of the Croatian stand, including the Tourist boards of Split-Dalmatia County and the city of Split, Dubrovnik-Neretva County and Šibenik-Knin County, Zagreb Tourist Board, Dubrovnik Tourist Board, as well as Plitvice Lakes National Park, Croatia Airlines, Valamar, Maistra, HUP - Zagreb Hospitality, Aminess Hotels & Campsites, Liburnia Hotels&Villas, I.D. Riva Tours GmbH, Uniline DMC, Perfecta travel and Adriatic DMC.

During tomorrow's second day of the fair, the Croatian delegation will meet with representatives of TUI, Road.Travel and British Airways, with whom they will analyze the results achieved this year and discuss the possibilities of expanding cooperation in the next year, also they will discuss about potential project collaborations with representatives of Lonley Planet, Bloomberg, Wanderlust and Paramount. 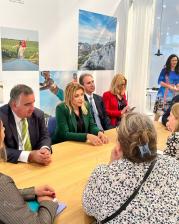 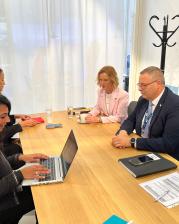 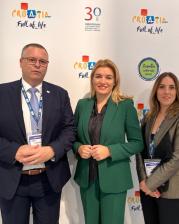 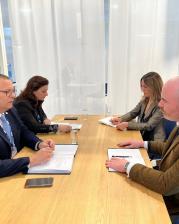