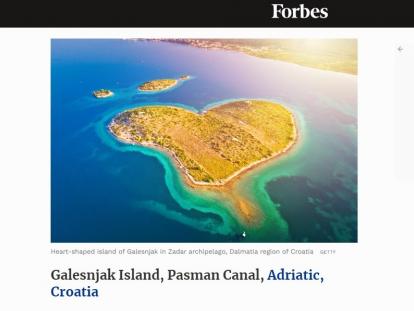 Welcoming Valentine's Day, the influential American magazine Forbes published a list of the 16 most romantic places in Europe, among which were two Croatian destinations, Opatija and the islet of Galešnjak, said Ina Rodin, Director of the Croatian National Tourist Board representative office in the United States.

Opatija is presented as a fashionable coastal resort and a gem of the Kvarner region, whose tourist tradition goes back to the 19th century. Unique Villas and hotels in Opatija surrounded by exotic gardens, parks and the sea, along with well-known chocolate production, were singled out. Whereas, for a tour of the islet of Galešnjak, you can discover this heart-shaped island by boat or by airplane with panoramic overflight including Zadar and the Kornati archipelago.

The list is a selection of the most romantic destinations for Valentine's Day, compiled by European Best Destination (EBD), and together with these two Croatian destinations, the list also includes the Portuguese island of Porto Santo, Špičnik in Slovenia, Italian Burano, Dinard in Brittany, Oia in Greek Santorini, Mijas in Andalusia, Polperro in English Cornwall, Lake Como in Italy, Algarve in Portugal, Saint Stefan in Montenegro , Gdansk and Sopot in Poland, Rossa in Switzerland, Rothenburg Ob der Tauber in Germany and Preveli in Crete. 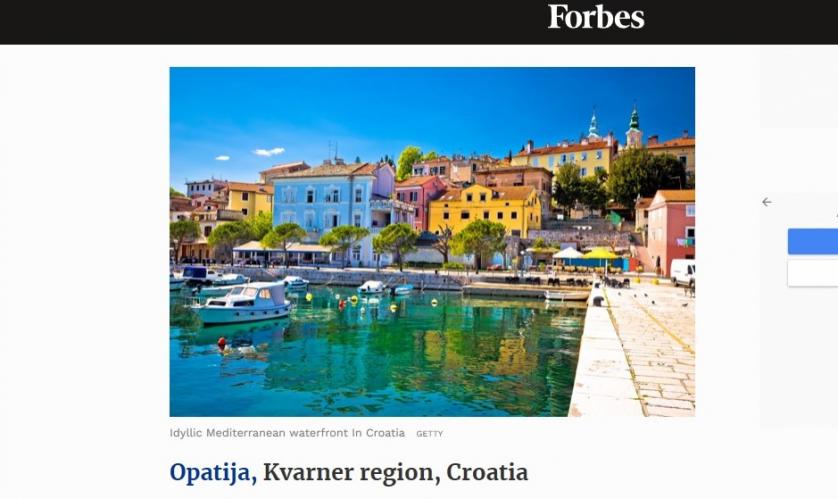