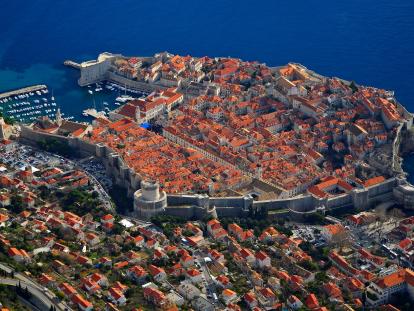 One of America's most influential daily newspapers, The New York Times, whose online edition tracks over 5 million subscribers, has placed Dubrovnik in the top 11 world tourist destinations that, through the corona virus pandemic, have been transformed into quiet places to live, said Ina Rodin, Director of the CNTB Representative office in New York.

According to The New York Times, the world's 11 most visited tourist destinations have completely changed lately, so for example, Venice currently has a larger local population than tourists, which is extremely rare situation for a city that has been struggling for years with the problem of excessive tourist numbers.

In addition to Dubrovnik, other "unrecognizable" destinations include Rome, Bali, Iceland, Amsterdam, Barcelona, Paris, Venice, Prague, Halong Bay in Vietnam and the Galapagos Islands. Local residents shared their new experiences, and the situation in his native Dubrovnik was described by Darko Perojević, chef and owner of the restaurant "Azur".

Speaking to a journalist, he pointed out that the Old City of Dubrovnik, where he has lived most of his life, has not been this empty since the war in the 1990s, but he acknowledged that it is a special pleasure to walk through the empty city centre, and also to see children playing on the streets. "For a moment it seems like we have returned the city to ourselves," he said, recounting that the first quarantine was introduced in Dubrovnik in the 14th century in order to protect the local population from the plague.