More than 200.000 Spaniards are expected in Croatia this year 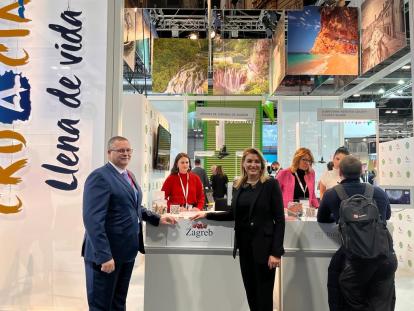 Croatian national tourist board presents the Croatian tourist offer at the 43rd edition of the international tourist fair FITUR, which takes place from January 18 to 22 in Madrid. It is a fair that will be open for tourism professionals and the business audience for the first three days, while the remaining two days will be intended for a general and wide audience. The Croatian tourist delegation are led by the Minister of Tourism and Sports Nikolina Brnjac and CNTB director Kristjan Staničić and they will meet business partners, tour operators, agencies and carriers on this occasion.

"We will use the appearance at the FITUR fair to meet with our most important partners who want to achieve further growth in tourist traffic this year through the introduction of new offers and packages to Croatian destinations. Among them are representatives of Viajes el Corte Inglés, one of the tourism leaders in Spain in whose system are tour operators and about 650 agencies throughout Spain. The meeting with representatives of Iberia, an airline that has flights to more than 130 destinations and is planning flights to Dubrovnik, Split and Zagreb this year, will also be important", said director Staničić, adding that more than 200.000 Spanish tourists are expected in Croatia this year.

Also, during the first day of the fair will be held a bilateral meeting of the Croatian tourist delegation with Mariano Oleskiv, president of the State Agency for Tourism Development of Ukraine and Pavlo Kukhta, former Minister of Economic Development and Trade of Ukraine.

"We entered the year 2023 as one of the most successful tourist destinations in Europe, and in January we recorded the best results of tourist traffic so far. The FITUR fair in Madrid is an opportunity for Croatia to present itself and stand out even more on distant markets, especially South American, but also on our already traditional European markets. Our goal is to continue the good trends from previous years in the pre-season period, and Croatia's entry into Schengen and the Eurozone plays a big role in that", stated Minister Brnjac.

On the fair is also present Viviana Vukelic, director of the HTZ Representative Office in Italy, which covers the Spanish market, while at the Croatian stand are also six co-exhibitors, namely the tourist boards of Dubrovnik-Neretva and Šibenik-Knin Counties and the city of Zagreb, as well as the Maistra Hospitality group, Abacus Tours and Nave Travel.

Let's add that Croatian national tourist board will participate on Thursday in the 58th meeting Committee of Associate Members of the World Tourism Organization (UNWTO), in whose CNTB participates in the term 2022-2025, while on the same day Affiliate Membership Department will present the main activities and initiatives in the FITUR Sports planned for 2023 in the field of sports tourism, which includes a special contribution and presentation of CNTB as associate member.

Also, in the organization associate members of the UNWTO there will be held a corner "Trends shaping the travel industry in 2023." which includes a series of presentations by leading tourism entities that will illustrate, through specific cases, what the tourism industry will look like this year. Among the destinations and entities that will have the opportunity to hold presentations, along with representatives of tourist organizations of Barcelona, Federal States of Mexico Quintana Roo i University of Nebrija, is also CNTB who will be the host of the presentation on the topic digital nomads.

According to system data eVistor, during the last year in Croatia are achieved more than 193.000 arrivals and over 471.000 overnight stays from Spanish market which represents an growth of 94% in arrivals and 79% in overnight stays compared to 2021. At the same time, the Spaniards achieved the most overnights in Split-Dalmatia and Dubrovnik Neretva County, and in terms of destinations in Dubrovnik, Split, Zagreb, Zadar and Hvar. 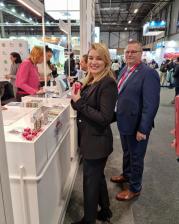 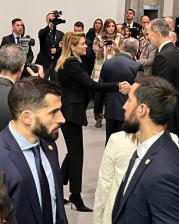 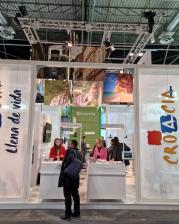