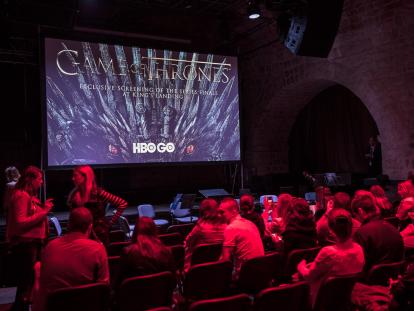 The last episode of the HBO series “Game of Thrones”, available to viewers on the HBO GO platform, was premiered in Dubrovnik. The premier brought together many fans, media representatives and citizens of Dubrovnik who were able to enjoy the last scenes of this popular show on the big screen set up in the Revelin Fort. In cooperation with the Croatian National Tourist Board, a prize contest was organized in 14 different European countries (Spain, Portugal, Sweden, Norway, Finland, Denmark, Poland, Czechia, Slovakia, Hungary, Romania, Bulgaria, Serbia and Croatia). The winners were able to attend the premiere, and they had the opportunity to visit the filming locations.

"The positive impact this world-famous tv show has had on the global promotion of our country is invaluable. We are very pleased to see that in addition to the many visitors who came to see the Croatian locations where the series was filmed, there is now a growing number of themed brochures, tourist tours and guides specialized in creating content inspired by the series. I would like to commend HBO and the city of Dubrovnik for the excellent cooperation and for their joint effort in organizing this screening event for the last episode of the series. Seeing as this was a big international project, we have invited a large number of foreign journalists and bloggers who shared their experiences while staying at King's Landing with millions of followers around the world", said the Director of the Croatian National Tourist Board, Kristjan Staničić.

“I would like to thank HBO for the great cooperation and for choosing Dubrovnik as their filming location for this widely popular tv show and by doing so helping make Dubrovnik’s and its walls rich history a part of the film industry’s history. Thanks to “King's Landing” and this outstanding promotion, many fell in love with this city and decided to visit and personally discovered the show’s filming locations. You are always welcome to come back because Dubrovnik is always open to making new friends, but it also loves to welcome back old ones”, said the Mayor of Dubrovnik, Mato Franković.

Based on the popular fantasy book series by George R. R. Martin, “Game of the Thrones”, is an epic tale of betrayal and virtue set in Westeros, where summer and winter can last for years, and only the desire for power is eternal. In the Seven Kingdoms of Westeros, whoever controls the Iron Throne, possesses incredible power, and the series focuses on the rise and the fall of a few families who want this power at all costs. This is a story of hypocrisy and betrayal, virtue and honour, conquests and triumph. In the game of thrones, you either win or you die.

As the most watched series in HBO's history and a worldwide television phenomenon, to this day "Game of Thrones" has won numerous awards, including 47 Emmy Awards. You can watch all 8 seasons of the show right now via the online video streaming service HBO GO. All fans will also be able to watch a documentary which follows the filming of the 8th season, "Game of Thrones: The Last Watch" on 27 May at 8 pm on HBO as well as on HBO GO. 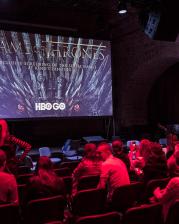 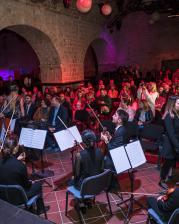 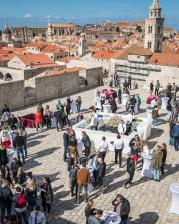