The first RegioJet train with Czech, Slovak and Hungarian tourists arrived in Split 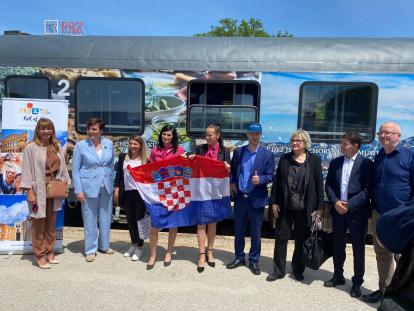 This year's first train of the leading Czech carrier RegioJet, which will operate on the route Prague - Brno - Bratislava - Budapest - Zagreb - Rijeka or Split until the end of September, arrived at the railway station in Split earlier today. Among the passengers are numerous Czech, Slovak and Hungarian tourists, as well as RegioJet, CEO and owner, Mr. Radim Jančura. Among the passengers were 30 representatives of the leading Czech, Slovak and Hungarian media, for which the Croatian National Tourist Board, the Central Dalmatia Tourist Board and the Split Tourist Board prepared a travel program and a stay in Split and Split-Dalmatia County from the 29th to the 31st of May.

Czech tourists traditionally come to the Split-Dalmatia County in great numbers, which is confirmed by the fact that all the tickets for this first train to Split were sold out. The train was welcomed by a Croatian delegation, including the Director of the Central Dalmatia Tourist Board Joško Stella, the Director of the Split Tourist Board Alijana Vukšić, President of HŽPP Željko Ukić, Director of the CNTB Representative office in Hungary, Ivana Herceg and Assistant Minister at the Ministry of Tourism and Sports, Monika Udovičić.

"The railway connection between Dalmatia and Hungary is great news in the face of this challenging season ahead. Although Hungarians are traditional guests who, thanks to the excellent road infrastructure, visit Croatia mostly by car, we believe that this line, together with the new flight between Budapest and Zadar, will contribute to an even greater number of Hungarian tourists coming to Dalmatia. We also emphasize the fact that so far this year, the Split-Dalmatia County ranks first in terms of the number of arrivals and overnight stays from the Hungarian market", said the Director of the CNTB Representative office in Hungary, Ivana Herceg.

The Director of the Central Dalmatia County Tourist Board, Joško Stella, emphasized that the introduction of the RegioJet line is extremely important for the Split-Dalmatia County, given that Czechs are traditional guests in Dalmatia. "Slovaks and Hungarians will travel this line at extremely favourable prices. Thanks to the Croatian National Tourist Board, we have an additional way to travel from one of our key markets, thus opening space for an increased influx of guests from the Czech Republic, Slovakia and Hungary, which is extremely important to us here in Dalmatia, "concluded Stella.

"From the very beginning of the pandemic, we emphasized the importance of joint action and this project is an indicator that only good cooperation between institutions can present Croatia and Split as a safe destination and enable our tourists to enjoy Split again. The introduction of the RegioJet line confirms the growing interest of carriers in Split, which raises optimism, but I take this opportunity to once again call on all citizens to continue to adhere to epidemiological measures to ensure, according to the circumstances, a successful tourist season, "said Alijana Vukšić.

To date, RegioJet has sold more than 30,000 tickets for this year's trains to Croatia, while more than 1,000 new tickets are sold daily. The line will operate three times a week during June and September, while in July and August the line will operate daily. Many Croatian destinations will be available to many passengers because special bus lines will run from the railway station in Rijeka, Split, Gračac and Ogulin, which will connect all major holiday destinations on the Croatian coast, from Istria to Dubrovnik. Passengers are offered a free breakfast in the price of the ticket, internet connection, the possibility of booking an entire section with beds for four people, bicycle transport and more.

"We are happy to continue last year's success achieved by creating an attractive and safe offer for tourists traveling between Croatia, the Czech Republic, Slovakia and Hungary, and we are happy that the average train occupancy was more than 90 percent and the whole project brought a profitable result. ", concluded Jančura.

It is important to note that one train car that will run all summer on these routes is fully branded with Croatian motifs! 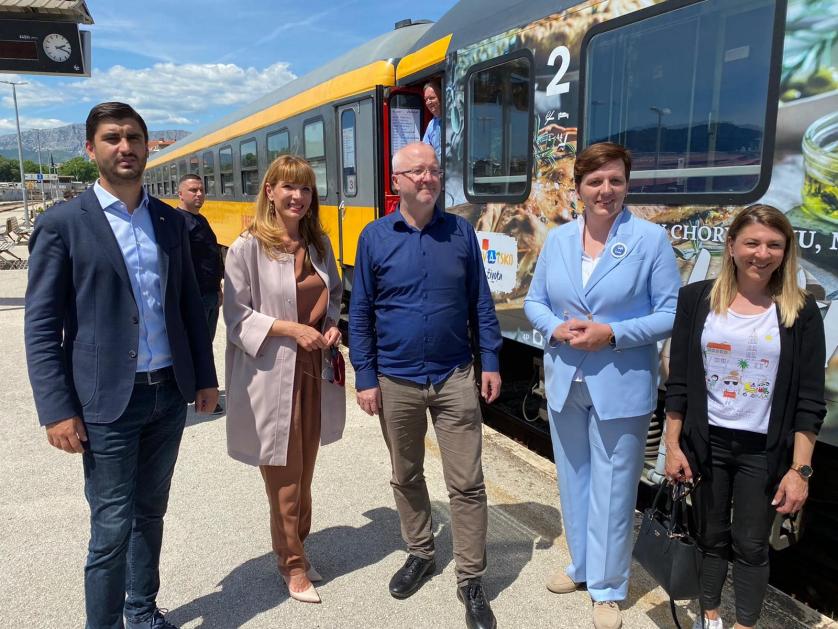