Director Stanicic for Media servis: I believe that tourists from our key markets will visit this year 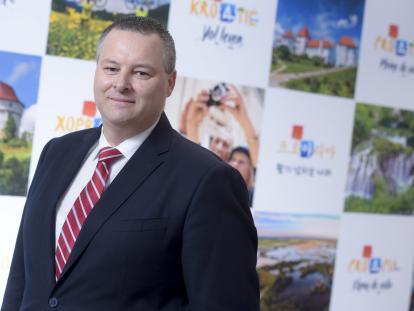 CNTB Director Kristjan Stanicic held a Media Servis interview of the week today. In an interview with journalist Marina Vranekovic, he commented on the impact of the corona virus on the tourism sector, and answered questions as to whether we could hope for a tourist season this year, whether we will rely on domestic tourists or work on attracting those who can reach Croatia by car.

"During the tourist year to date, the drop in arrivals is about 60 percent, and in overnights it is almost 50 percent," said Director Stanicic.

He commented that it is irrelevant to talk about tourist traffic at this point, which is understandably less than last year. He also said that the most important thing at the moment is that we all stay home and adhere to the measures in order to get out of this situation as soon as possible.

He said it was difficult at this time to assess how much the Government's measures have helped tourism thus far, but that some segments would certainly be more advantageous than others.

"Perhaps the hotels are the most affected as they accommodate large numbers of people, more so than private accommodation or nautical charters. I think that private accommodation, especially holiday homes, have a small advantage in recovering or returning to their previous numbers sooner," Stanicic said.

Regardless of the circumstances, the Croatian National Tourist Board is active in promoting tourism, primarily through social networks. The CNTB also joined a campaign launched by the World Tourism Organization to promote gastronomy, and launched the overarching communication concept of #CroatiaLongDistanceLove. It is intended for all those who plan to come to Croatia again.

The CNTB’s Director Stanicic also revealed that arrangements are being made so that Czech tourists can visit the Croatian coast this summer.

"This has stimulated other countries in the region, which is of particular interest to us, namely neighbouring countries such as Slovenia and Hungary, but also Austria, Germany, Slovakia and Poland, since these are very important tourist markets for us. They are among the top 10 markets in terms of Croatian tourism. I believe that if these countries adhere to the outlined measures, as well as Croatia, at some point, tourism traffic and travel opportunities will start again, "he concluded optimistically.

You can listen to the entire interview in Croatian on the following link.