Croatia is the world’s seventh destination for tourism investment 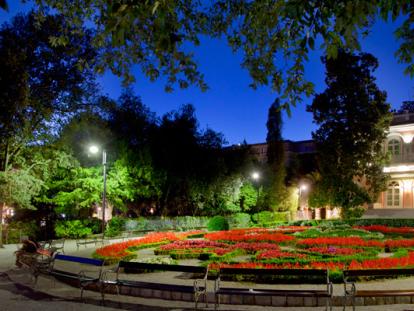 The first edition of the Global Tourism Locations of the Future 2017/2018 report, of the leading British publication of the Financial Times for business, the fDi Magazine, has ranked Croatia the seventh country among destinations with the highest potential for tourism investment. Among 43 world tourist destinations, Croatia also received the special award “Editor's Choice Awards”, as one of the countries with the greatest progress in the area of improving tourist infrastructure, accommodation, initiatives for the development of tourism, and for investment in hotels and the cruise segment of the nautical tourism. In addition, when it comes to special forms of tourism, Croatia is particularly famous as a filming destination. The entire report can be found on this link.

The Minister of Tourism, Gary Cappelli, stressed that in 2018 the Croatian tourism is expecting an increase of 15 percent in investment compared to the current year, or nearly 40 percent more tourism investment than in 2016. As he stated, these announcements are the best indicators that Croatia, in addition to being an attractive tourist destination, is also attractive for investment.

The Ministry of Tourism has prepared this year again a survey of tourism investment for the following year. The survey included all counties and tourism companies, and it is a survey with entered data that were submitted to the Ministry of Tourism until the end of November 2017. According to delivered data, 940 million euro will be invested in Croatian tourism in 2018. Companies will invest around 628 million euro in their tourism projects, while the public sector, that is the counties, cities and municipalities, will invest over 311 million euro. The announced investments in the private sector include investments in hotels, campsites, the nautical sector and other types of accommodation facilities, content and attractions, and investments in the public sector include investment in visitor centres, beaches, promenades, etc. According to the survey, investments in 2017 amounted to 817 million euro, and in 2016 676 million euro.