Croatia ramps up promotion as we approach the high season 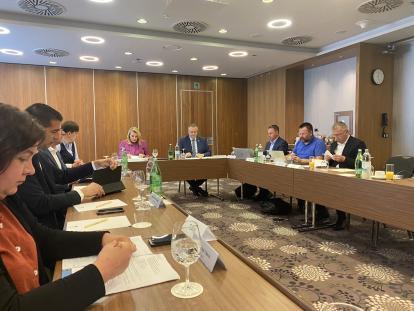 The 10th session of the CNTB Tourism Council was held in Zagreb today, chaired by the Minister of Tourism and Sports Nikolina Brnjac in the presence of the Director of the Croatian Tourist Board Kristjan Staničić. At the session, the members of the Council, among other things, adopted a decision on the selection of media agencies for media buying in the markets of Slovenia, Hungary and Slovakia. RML Studio was selected for the above activities on the Slovenian market, while the Hungarian and Slovak markets will be covered by Aviareps.

"We are very pleased with the course of the tourist season so far, in which we have recorded more than 6.3 million overnight stays, as well as the announcements for the main part of the season ahead. However, we do not want to leave anything to chance, so at today's session a budget of HRK 11.5 million was adopted for intensified advertising and promotion activities on digital communication channels. This includes YouTube, social networks platforms Facebook and Instagram, as well as advertising on Google search and Google DV360 platform", said Director Staničić, adding that this is an effective way of promotion that will be a great addition to current promotional activities in key markets as part of the main call and brand campaign "Your Life, Your Time, Your Experience."

In addition to the above, Tourism council adopted a decision announcing a public tender for the selection and appointment of the Director of the Croatian National Tourist Board, and the call will be open for 30 days after the announcement is published.

Let us also add that the decision to accept the partnership at the f.re.e. in Munich in 2023 was adopted as well. After the partnership at this fair was postponed in 2021 and 2022 due to the circumstances caused by the pandemic, in 2023 Croatia will have an excellent opportunity for even stronger positioning and promotion in the most important tourist market for Croatian tourism - Germany.

"Just before the peak of the tourist year, our visibility and presence across key markets is of great importance. Although the demand for Croatia is high, a significant number of tourists across Europe have not yet chosen a destination and booked accommodation. This is an opportunity for us to increase our market share and therefore we are working intensively on additional positioning Croatia through all available channels. I believe that the appointed directors will have a significant role in that, who with their knowledge, enthusiasm and initiative will contribute to strengthening the recognition of Croatia abroad ", concluded Minister Brnjac.