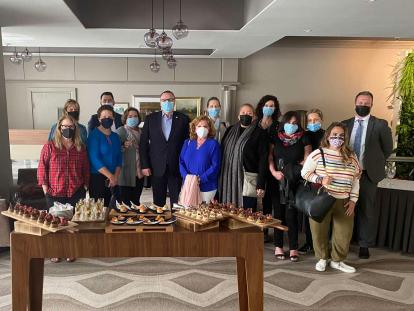 Organized by the agency RealCroatia and the Croatian National Tourist Board representative office in the United States, the first organized travel agents FAM trip from the United States to Europe since the outbreak of the global coronavirus pandemic is taking place in Croatia. Eight American travel agents are participating in the travel program, whose agencies are closely specialized in travel in the segment of luxury tourism, and will through till April 30th visit various Croatian destinations, including Zagreb, Plitvice Lakes, Zadar, Trogir, Split, Hvar, Pelješac and Dubrovnik.

“The fact that the first European FAM trip for American travel agents was organized in Croatia shows how Americans eagerly await new trips to our country, and confirms the position of our country as a sought-after, safe and well-prepared destination. This was helped by the fact that last year we were one of the few destinations that were open to American guests, and we expect even better trends this year in which we are connected to the American market by a direct flight on the route New York - Dubrovnik. I am sure that this study trip will further contribute to the recognition of our country in the US market, our most important long-haul market”, said the Director of the Croatian National Tourist Board Kristjan Staničić adding that luxury tourism is one of the most sought-after products during the pandemic.

As part of this trip, in addition to luxury tourism, the focus will be on tourism products like national and nature parks, cultural and historical heritage and eno-gastronomy i.e. products that are in high demand in the US market. The agents will also be introduced to all health and safety protocols implemented in Croatia, with special emphasis on the campaign Safe Stay in Croatia.

“This visit provides the necessary synergy with other CNTB's efforts to extend the tourist season to 365 days a year, and it is the US market that can help us achieve this goal because much of the market is about rich and demanding tourists who are not as seasonal as in Europe”, said Ina Rodin, Director of the Croatian National Tourist Board representative office in the United States, emphasizing that the agents are also members of the prestigious Virtuoso network, compiled of the best American luxury travel agencies with more than 20,000 advisors worldwide and more than 1,800 partners, including top hotels, resorts, tour operators, airlines and agencies.

“The United States is a key tourism market with enormous economic strength. I believe that together we will use this crisis as a catalyst to break into a higher tourist segment”, said the Director of the RealCroatia agency Petra Gracin.

Let us add that this trip was realized with the support and cooperation with the local tourist boards of the cities of Zagreb, Split, Dubrovnik and Hvar and the county tourist boards of Zadar, Lika-Senj, Split-Dalmatia and Dubrovnik-Neretva. The realization of the trip would not be possible without the contribution of numerous partners such as Turkish Airlines and Croatia Airlines, but also entities such as Maistra, Amadria, Esplanade, Le Premier, Bastion, Cornaro, Vestibul, Hotel Park in Split, Briig, Maslina Resort, Adriana, Villa Korta Katarina, Excelsior, Kazbek, Pucić Palace and Villa Dubrovnik.

Let us add that the agents, accompanied by Ina Rodin, stayed in Split at the time of publication, and after they are heading to Hvar and Pelješac to end their visit to Croatia on April 30 in Dubrovnik. 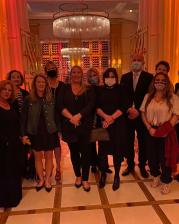 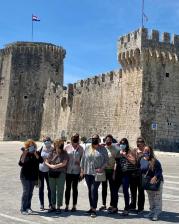