Croatia is the fifth most desirable destination in Europe! 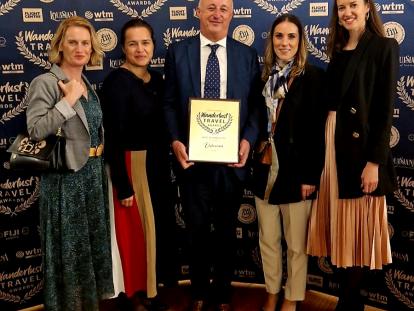 On the occasion of the London World Travel Market (WTM), in the attractive "Tower of London" under the leadership of the famous British writer, journalist, adventurer, documentary film director and television presenter Simon Reeve, the 21st award ceremony of the prestigious Wanderlust Travel Awards was held, which was organized by the respected British travel magazine Wanderlust. Croatia has many reasons for optimism and satisfaction, since at the award ceremony Dubrovnik was declared as the most desirable tourist city in Europe, Croatia achieved a high 5th place in the category "Most desirable European destinations", ranking above Austria, Switzerland, Portugal, Germany and Scotland, while the island of Hvar took the 7th place in the category "Top 10 Island Destinations of Europe".

"Croatia has everything, from a great variety of offers for travelers, impressive nature, beautiful islands, historic world-class cities and lively nightlife. Precisely because of this, it is quite natural that Croatia is in the top 10 in almost all the main categories of our awards, including Dubrovnik, which was crowned as the most desirable city in Europe," said George Kipouros, editor-in-chief and director of Wanderlust magazine.

Wanderlust magazine is one of the most influential and longest-running travel magazines with relevant content and reliable information that has been operating since 1993 and promotes the most authentic stories and experiences as well as sustainable trips that are supported by verified experiences. More than 10,000 readers as well as an independent and expert council participated in the selection and ranking of all the destinations of this year's competition, which confirmed the global popularity of Croatia and its attractions.

"The interest in Croatia in Great Britain is growing year by year. From the crystal-clear sea, historical and cultural heritage to world-renowned wines and gastronomy, Croatia has established itself as a diverse and exciting destination, and we are happy that the audience of Wanderlust magazine recognized this and confirmed the title of Dubrovnik as the pearl of the Adriatic," said Darija Reić, director of the CNTB Representative Office in London.

The award for the most desirable city in Europe was accepted by the director of the Dubrovnik Tourist Board, Miro Drašković, who said that "The Wanderlust award to Dubrovnik is an indication that with our quality and recognition we have won the permanent favor of the readers from one of our most important emissive market, and this prestigious recognition confirms that our destination has positioned itself highly on the tourist map of the world."

You can find more about the Wanderlust prestigious awards at this link. 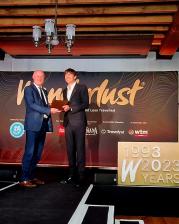 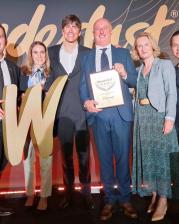