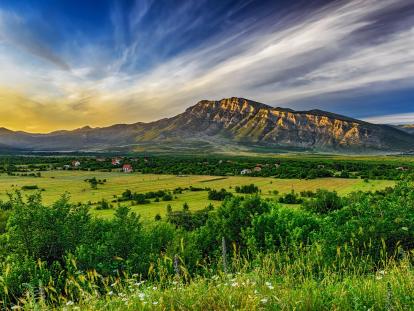 The Croatian Parliament on Friday unanimously adopted the law on declaring Mount Dinara Nature Park, which is the 12th nature park in Croatia.

The nature park will encompass Croatia's section of Mount Dinara as well as Mt Troglav and Mt Kamešnica, the Cetina River's upper course and the Hrvatačko, Paško and Vrličko karst fields. It will extend over two counties - Split-Dalmatia and Šibenik-Knin -- with an area almost 63,000 hectares large.

These mountains are part of the Dinaric Alps, also commonly known as Dinarides, a mountain range in Southern and Southeastern Europe.

Mount Dinara harbours many endemic and endangered species and is a habitat to more than a thousand plant varieties.

The parliament today also decided that several bills, including the bill on copyrights and other related rights, on electronic media, on amendments to the law on exploration and exploitation of hydrocarbons, on energy efficiency, would receive a second reading.