Croatia to be amongst the first to vaccinate tourism workers 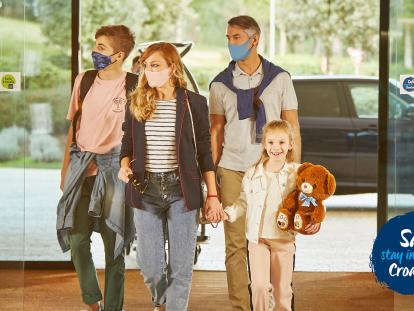 The Minister of Tourism and Sports Nikolina Brnjac held a meeting with representatives of the Croatian Institute of Public Health on the topic of starting with the vaccination of tourism workers and setting up additional locations for testing tourists.

Namely, the Ministry of Tourism and Sports has asked the members of professional associations in tourism to collect data of those employees who want to be vaccinated in such a way that they are classified into two priority groups. The first priority group are employees who have more contact with guests or employees in the facility, taking into account those employees whose ability to maintain social distance is reduced, such as kitchen workers, while the second group are people who do not make significant contacts such as various service occupations, office work and the like.

“Croatia is among the first to start vaccinating tourism workers and this is extremely important for us in order to position ourselves even more strongly as a safe destination. In addition to the project Safe stay in Croatia, this is an additional guarantee to tourists that Croatia meets all the prerequisites for a safe holiday for every guest who chooses our country as their tourist destination”, said Minister Brnjac.

In addition to commencing with the vaccination of tourism workers, at the meeting they also discussed the establishment of additional locations for testing tourists, as well as hotels, camps, marinas and other and the education of the individuals who will conduct  the testing in accordance with the instructions of the Croatian Institute of Public Health was agreed upon. Also, the method of issuing certificates and the necessary capacities for the distribution of tests were also discussed.