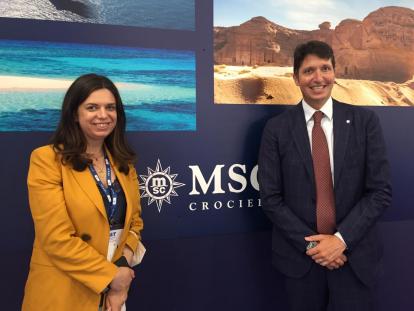 The Croatian National Tourist Board and its Representative Office in Italy presented the Croatian tourist offer at the most important international fair of tourist professionals in the south of Italy. The BMT fair (Borsa Mediterranea del turismo), which was held in Naples from 18 to 20 June, and which was attended by the national ferry company Jadrolinija, which presented its routes from Croatia to Italy to travel agents.

“This is the first fair in the south of Italy open to the public since the outbreak of the corona virus pandemic, which gathered Italian and foreign tourism industry professionals. There was a great optimism and desire to restart tourism and tourist travel at the fair. On this occasion, we informed numerous travel agents and media representatives about the current epidemiological situation in Croatia, entry conditions, the national safety label Safe stay in Croatia, the Enter Croatia portal, the eVisitor system for nautical tourists and the current call campaign Trust me, I've been there", said Viviana Vukelić, Director of the CNTB Representative office in Italy, adding that the fair was organized in accordance with all epidemiological measures and protocols.

During the fair, Vukelić also met the president of the Association of Italian Travel Agencies FIAVET Ivana Jelinić and the regional president of FIAVET Campania and Basilicata Giuseppe Scanu, as well as with representatives of Vueling, Volotea, MSC crociere and SNAV. In discussions with partners on the Italian market, it was emphasized that there is interest in Croatia, especially in the segment of group travel, youth travel, nautical and islands.

That there is interest in Croatia is also underpinned by the recent visits to Croatia by the TV crews RAI 1 and RAI 3, which filmed all over the Croatian coast, while today journalists from the monthly newspaper Nautica, which has more than 100,000 readers a month, began their press trip on the nautical offer of Kvarner, Opatija, Cres and Lošinj.

We would also like to add that the Croatian stand was visited by the Croatian Ambassador in Italy the Hon. Jasen Mesić, who also participated in the opening ceremony of the fair, which was attended by over 200 exhibitors, i.e. regions, destinations, agencies, carriers and professional associations, also along with Croatia,  countries such as Greece, Spain, Malta, Slovenia, Tunisia, Dubai, Japan, etc. were present at the fair. 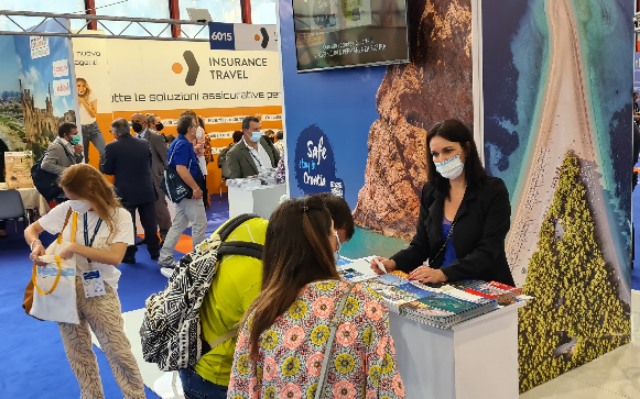