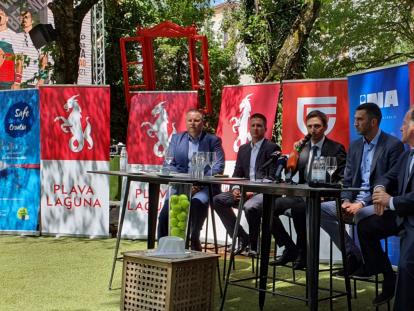 The list of tennis players who will play in the tournament was presented on Friday in Zagreb by Tomislav Poljak, director of the Blue Lagoon Croatia Open Umag. Dragan Pujas, President of the Board of Plava Laguna, Kristjan Staničić, Director of the Croatian National Tourist Board, Josip Pavić, Special Adviser to the Minister of Sport and Tourism and Mauro Jurman, Deputy Mayor of the City of Umag commented on the importance of the tournament for Croatian tennis and the tourist season in a challenging year.

The tourist significance of the Umag tournament for Croatia is especially emphasized by the director of the Croatian National Tourist Board Kristjan Staničić: “It is great news that the tournament is being held and that Umag, Istria and Croatia will gather the tennis elite and offer many guests attractive content through a top tennis spectacle. Congratulations to the tournament management for organizing a tournament of this level in these challenging circumstances, respecting all the prescribed epidemiological measures in force, because the safety of both competitors and visitors is our primary priority. I wish the competitors a lot of success, and visitors a good time and a safe stay in our country, of course, adhering to all epidemiological measures."

In addition to the already announced young stars, Italian Lorenzo Musetti and Spaniard Carlos Alcaraz, three former winners are coming to the tournament: Pablo Cuevas (2014), Marco Cechinato (2018) and Dušan Lajović, who is defending the title from 2019. Also, the list of players is completed two former Top 10 players, Frenchmen Richard Gasquet and Lucas Pouille, as well as stars from the region, Aljaž Bedene (Slovenia) and Filip Krajinović (Serbia).

The Umag tournament will be open to the public with strict epidemiological measures, and will be televised in more than 120 countries on five continents. In Umag, in addition to the players in the main tournament, almost 500 recreational players will compete in the accompanying tournaments. 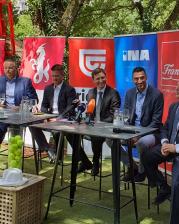 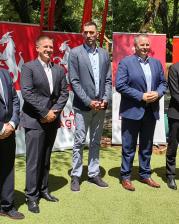